Taru Salmenkari, Minister of Teddy Animal Reservoirs has made research of the role of Ladonia in the age of the vikings. This is her report:

“Here we are with the Rune stone text that confirms that Harald Ladonsson was in Leif Eriksson’s crew when he left in the year 992 to search Vinland which is located in what is now known as the American continent. This is how the story goes:

When Harald Ladonsson was a young boy, he was rising a puppy. At that time, good hunting dogs were worthy of a fortune. Thus, young Harald was not only unhappy but also heavily punished by his father when the puppy run away. Harald did not find his puppy, which had settled in another home nearby, where another young lad, Arne Thorvaldsson, took the task of educating this puppy. Later, when visiting a big local market, Harald and his father Ladon Olavsson saw a dog they thought to be theirs, but Arne’s family was unwilling to give up the dog and the dog had grown accustomed to its new home and did no longer recognize Harald. Harald got angry and revenged Arne’s family by killing some of their chicken. Arne answered this by steeling some objects from Ladon Olavsson’s fishing boat. Such small revenge took place between these teen aged boys for some years. Harald was a skillful carver and everywhere he went he marked trees and buildings with caricatures of Arne. Arne was not into fine arts, but he was a good singer and composed humiliating songs about Harald. Their families tried to keep them apart to avoid unnecessary conflicts. So some years passed until Harald and Arne were about to reach their maturity.

To avoid problems, families, aware of the possibility of an evolving family feud, tried to keep Harald away when Arne was at home and vice versa. For this end, they sent their youth to various trade trips and expeditions. Both Harald and Arne developed reputations of talented seafarers, able tradesmen and brave soldiers. No wonder that Leif Eriksson decided to have such men in his crew. Against all odds, Leif developed a plan to have them both. This time Harald and Arne were likely to arrive home at about the same time. So Leif went separately to their fathers Ladon and Thorvald and persuaded them to let their boys to sail with him. Of course, he told neither that the other young man was recruited as well. To understand how the trick worked, we must remember that by this time Harald and Arne had not met each other for years. Neither knew how the other looked like as an adult. Leif forbid his men to use father-names when they addressed Harald and Arne and he sat the two side by side. Since both Harald and Arne were pretty common Viking names, young men did not suspect anything when they sat side by side. When sailing, the two men started talking and developed a friendship. By the time they finally found out who the other man was, they had already found that they liked each others. When the ship reached Greenland, they erected a Rune stone as a remembrance of their friendship.

Unfortunately runes on the stone end the story here. I now put my hope to our singer-songwriter Arne Thorvaldsson. I will check if Nordic folklore collections have any marks of the next part of the trip. 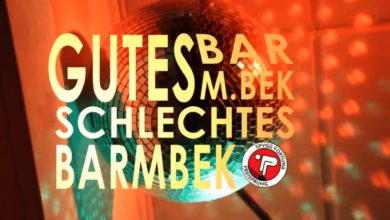