If you are visiting Ladonia, and many people do these days with extremely nice autumn weather (or should we say the last of the summer), a lesser known attraction is to be found in Hartmanburg (sometimes this is called Prince James’ Land after the ruler Prince James Hartman of Hartmanburg). It is the climbing stone. Hitherto this phenomenon has not been known. But see for yourself! The climbing is utterly slow and I doubt that anyone will be able to detect a movement during a man’s lifetime. Hartmanburg can be found on your left side when you are getting close to Nimis. 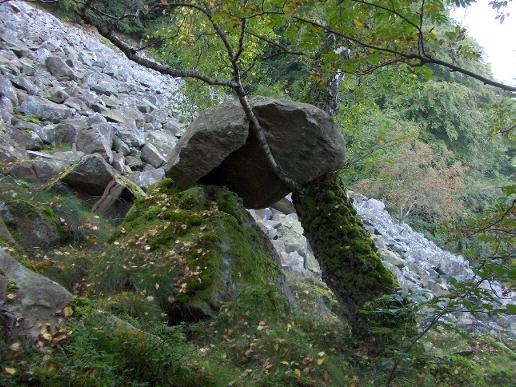 The climbing stone in Hartmanburg