The Hedgehogger is the unofficial magazine for the Moss Biennale Momentum 2006.
Editorial Staff: Martin Schibli and Lars Vilks

Phil Collins and Mark Titchner are shortlisted for the Turner Prize.

Theme of this number: The Failure as Artistic Material

The Duet of the Curators

First curator speaks (On hearing the failure of Manifesta 6 on Cyprus):

Now we have Chaos; we are stuck in The Age of Confusion. And the art itself became a territory where the number of initiatives is uncountable. The subjects and styles are following a wide flow of interest where the individual activity looses sometimes its correlating points.

Second curator takes a deep breath and gives this speech:

Moss Biennale promote awareness and dissemination of the culture, particularly in the fields of the arts, by means of exchanges and cultural cooperation within Europe and beyond and is looking for strategies that would develop mutual understanding and offer insights from different perspectives.
We are interested in the link between creative practice and social development, in the links between the local, European and global contexts.
Our programs promote the exchange of art and ideas through the staging of contemporary arts and work globally and locally, bringing together an international vision of art and cross-cultural exchange with a commitment to the community involvement and the enrichment of Moss’ cultural resources.
We assume the urge of a dialogue with the public, of a platform for artists as much as the need of reinventing new forms of artistic expression and encourage curators to make a large selection of artists who would represent best the European unity in diversity.
Moss Biennale aims to resolve the twofold problems of tradition and modernity, past and present, localism and global village, it strives to attain a balanced status between its aesthetic/artistic quality and popularity by overcoming the feeling of estrangement that the general public has towards the contemporary arts.
The Biennale is building a strong partnership between Moss – which is more than a city, it is a symbol of how political can be reflected in every aspect of life – and Europe; it links to an universal problem – that does not take into consideration the geographical or historical context – the problem of resistance in daily life, of details and living as a way of living. Moss Biennale is a structure able to transform the City itself into an ongoing workshop-cum-field of action.
Fundamentally, European culture has been the result of exchange – sometimes peaceful, other times violent – that have taken place between neighbouring societies and between different social groups and between different social groups within a given state. These horizontal and vertical forms of cultural exchange occurred in many different manners: through imitation, assimilation, dissimulation, appropriation, through either mutual understanding or hegemonic dominance.
We would like to operate in a way that demonstrates sensitivity and competence in dealing with the “others” as the “alter” from different cultural backgrounds.
Moss Biennale aims to encourage creativity of artists, public access to culture, the dissemination of art and culture, inter-cultural dialogue and knowledge of the history and cultural heritage of the European and extra-European people.
Its general purpose is to engender a shared cultural area by bringing people together while preserving their national and regional multiplicity and diversity.

First curator is now ready to match the speech of Second curator:

Moss Biennale 2006 is dedicated to moving beyond the functions and roles of the large-scale international contemporary art exhibition. By opening, widening, and breaking artistic “frames”, Moss Biennale is giving innovative artists the unique opportunity to escape the constraints of the traditional gallery and fixed art institution, letting them express their creative powers as never before.
That’s why the Biennale’s theme is “Try again, fail again, fail less”. As the theme implies, artistic expression can fail at any time, regardless of one’s background, job, or situation. In this respect, the Biennale is encouraging an omnipresent artistic experience, which is not constrained by socially-determined, artificial boundaries of any kind.
To ensure access to artistic experience, the Moss Biennale Organizing Committee has been actively canvassing all participants – artist, curators, as well as the viewing public – for valuable feedback, Biennale co-direction and ongoing support.

[Hedgehogger comment: It is obvious that the Moss Biennale is doomed to fail. The curators are humbly asking for a limited failure. But is the Biennale about failure?]

The sociologist Zygmunt Bauman said, “failure, like poets, is always
uncovering new situations, human opportunities that were hitherto
concealed”. When failure succeeds, it comprises brief, joyful moments,
when we realize we are not alone, but share the world and life with others.
The desire to create such moments is the guiding principle behind this
exhibition.

And back comes First curator:

In this exhibition, failure is created internally, between and among
the works on display, and with and among visitors. Each and every one of the
individual exhibits resonates with the other works on display in a way that
allows the viewer’s failure to be compared to a symphonic weave of
themes, moods, rhythms, expressive densities, and ideas. Each work plays a
specific part in this composition. 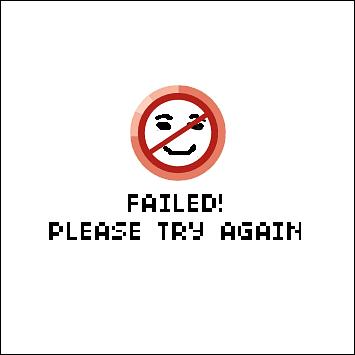 The Biennale recommends some of the most important literature on failure for further reading:

Lars Vilks: An artwork for Moss

How do you begin an art project? Very simple, open your door and take a look. The artist Vilks did so. And what did he see? He saw the well with the stone lid in his garden. On the lid he had several years ago placed a ceramic horse. And thus he spoke:

Horse on a well
– Orson Welles

Orson Welles, a man of great failure; as he has said himself: “I started at the top and worked my way down”. His early success was of course “Citizen Kane”. His last project was “Don Quixote” which he never completed. In his young days he directed the theatre play “Horse Eat Hat”, the French farce “Un chapeau de paille d’Italie”. 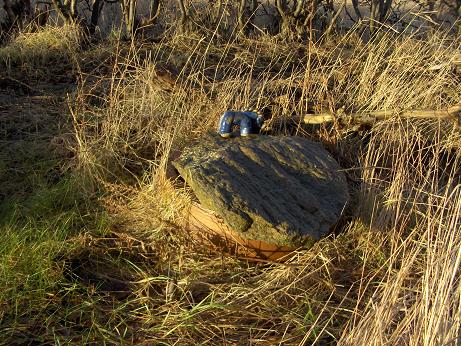 Horse on a well 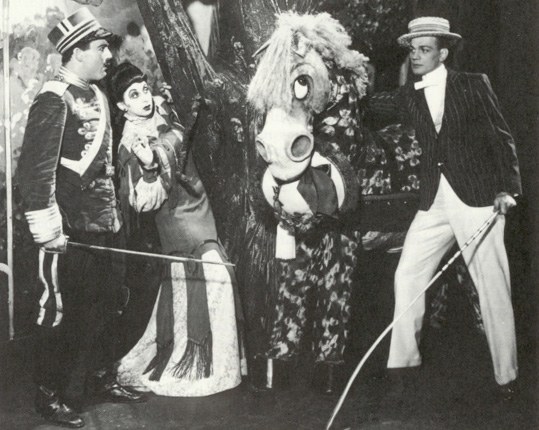 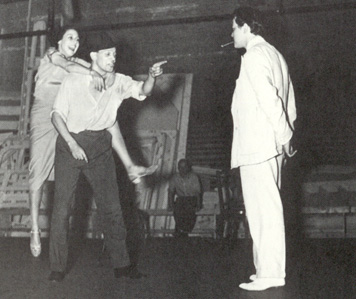 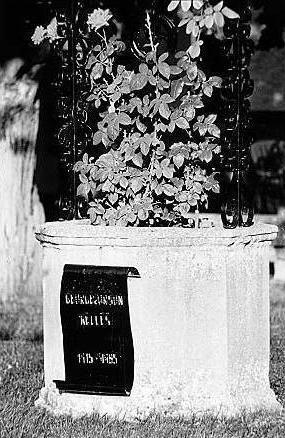 And what is this project? An example of the “third way critical art” as suggested by Jacques Rancière.