A message from the Minister of Justice, Krister T:

“Following the one year mourning after the passing of Chips, the National Police Commissioner of Ladonia, who in June last year joined his ancestors in the canine heaven above, the Zwischenschnauzer brothers, Pysen och Svante, have on the solemn Day of S:t John been appointed as new Police Commissioners of Ladonia. It is expected that they will not only follow in Chips’ paw steps but also emulate the Swedish National Police Commissioner in creating the right atmosphere of bureaucratic mistakes and general incompetence in the field of law enforcement. The photot shows the two Commissioners in aloof reflection at Himmelstorp, close to Nimis, on the day of their induction in office on 24 June, 2006, just before they eagerly broke away to mark their new turf. Aarf, aarf, aarf is their motto” 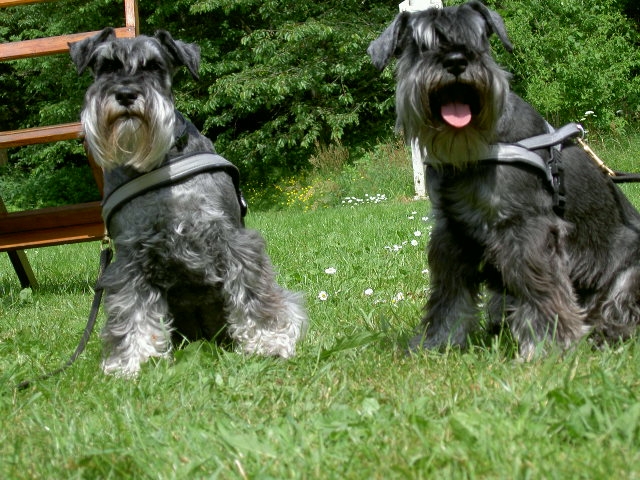 War is over Dick!