The Hedgehogger is the unofficial magazine for the Moss Biennale and is published in Ladonia. 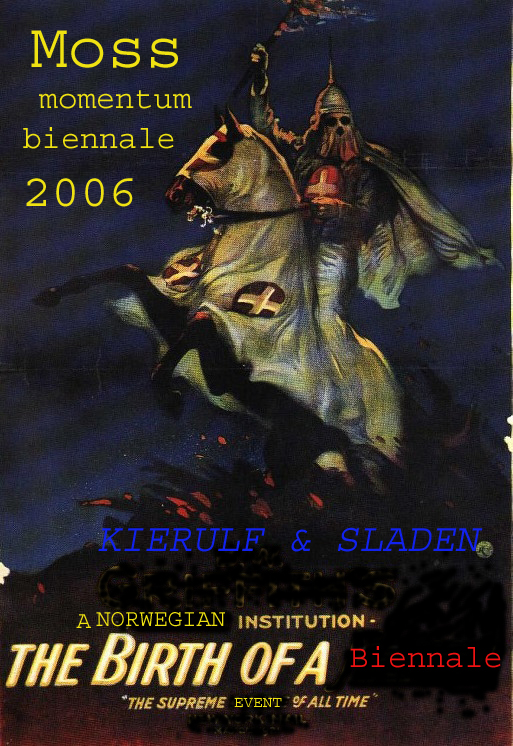 The Moss Biennale will open on the 2nd of September.

Let us warm up with a curatorial text! Curatorial texts are not the most exciting reading. The one we present here is one of the worst and that might be a reason to create some interest. The texts have to show that the curators understand the standards of the biennales. Practically all texts can be exchange with each other.

The forms of art that are presented exist in an isolated manner in the world. The Biennale of Moss has a “unifying role” by presenting the projects as a coherent whole that cannot be ignored.

The Biennale of Moss takes place where the things happen and when they happen. Certain projects that depend on their context are presented in their context (”relocation”).

Presentation of forms of art that are due to an experience of art. These forms describe a “new territory of art” which is different to the one we are used to and which cannot be identified on the basis of artistic standards and our habits.

A preview of Documenta 12 tells us that Roger M. Buergel has formulated three “leitmotifs”. As he writes: “It is no accident that they take the form of questions. After all, we create an exhibition in order to find something out. Here and there, these motifs may correspond, overlap, or disintegrate – like a musical score.”
The Documenta leitmotifs:

This is the first question. It is fairly obvious that failure, or failure’s fate, exerts a profound influence on contemporary artists. Part of that attraction may stem from the fact that no one really knows if failure is dead or alive. It seems to be in ruins after the totalitarian catastrophes of the 20th century (the very same catastrophes to which it somehow gave rise). It seems utterly compromised by the brutally partial application of its universal demands (liberté, égalité, fraternité) or by the simple fact that failure and coloniality went, and probably still go, hand in hand. Still, people’s imaginations are full of failure’s visions and forms (and I mean not only the failure of Bauhaus but also arch-failure mind-sets transformed into contemporary catchwords like “identity” or “culture”). In short, it seems that we are both outside and inside failure, both repelled by its deadly violence and seduced by its most immodest aspiration or potential: that there might, after all, be a common planetary horizon for all the living and the dead.

Is modernity our antiquity?

This second question underscores the sheer vulnerability and complete exposure of modernity. Modernity deals with that part of our existence from which no measure of security will ever protect us. But as in sexuality, absolute exposure is intricately connected with infinite pleasure. There is an apocalyptic and obviously political dimension to modernity (brought out by torture and the concentration camp). There is, however, also a lyrical or even ecstatic dimension to it – a freedom for new and unexpected possibilities (in human relations as well as in our relationship to nature or, more generally, the world in which we live). Here and there, art dissolves the radical separation between painful subjection and joyous liberation. But what does that mean for its audiences?

The final question concerns education: What about a picture of the prophet Mohammed? – Artists educate themselves by working through form and subject matter; audiences educate themselves by experiencing things aesthetically. How to mediate the particular content or shape of those things without sacrificing their particularity is one of the great challenges of an exhibition like Documenta. But there is more to it than that. The global complex of cultural translation that seems to be somehow embedded in art and its mediation sets the stage for a potentially all-inclusive public debate – also the fundamentalist Mohammedans (Bildung, the German term for education, also means “generation” or “constitution,” as when one speaks of generating or constituting a public sphere). Today, art seems to offer one viable alternative to the devil (didacticism, academia) and the deep blue sea (commodity fetishism).

All the questions in Documenta have been released too early. As the audience is unwilling to wait almost a year for the answers, they will be given already in Moss Biennale within a month. 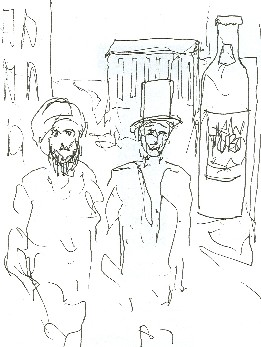 The Mohammed picture time is over. The media and the general interest are now gone. Here we can see the prophet visiting the Carlsberg Beer factories together with the philosopher Sören Kierkegaard. 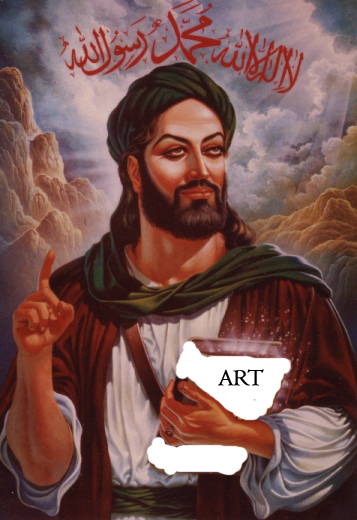 And here the prophet with his latest book concerning Art

The Hedgehogger is the unofficial magazine of the Moss Biennale Momentum 2006.
Editors: Martin Schibli and Lars Vilks