This is the first issue of the art magazine The Hedgehogger.

– When he fears he is safe

No. 1/2006
The Hedgehogger is a non-official voice for the upcoming 2006 Momentum, Moss

MOSS IS THE BOSS

This magazine is not an official voice of the upcoming biennial 2006 Momentum in Moss, Norway. Instead, the magazine is a part of the art project The Hedgehog by Martin Schibli and Lars Vilks which will be presented in 2006 Momentum, which opens on the 2nd of September. The Hedgehogger will be published on a monthly basis at www.ladonia.com, the official site of the micronation Ladonia. Schibli and Vilks will serve as the editorial staff for the magazine.

The intention of the magazine is to function as a “work in progress”, it could also be seen as “platforms”, for the art project The Hedgehog. Further, the magazine aims to examine the biennale culture and how contemporary art exhibitions are produced today, on both theoretical and practical levels. The Hedgehogger could also be seen as a contribution to biennale-publication-culture that has become growingly important, i.e. Documenta 12 soon launches its Documenta 12 Magazine, some kind of metamagazine that collaborates with app. 70 art magazines around the world. The reason for the increasing need of publication is clear, the text and information – and not necessarily theory – surrounding an exhibition are getting to a greater extent in the foreground. And there is a limit to how much information a visitor, when visiting a biennale, could apprehend in a short period of time; therefore the theory, the text and information normally will be presented in advance. This tendency – and sometime illness – to present an overkill of information is not excluded from the biennale culture. In Moderna Museet in Stockholm, the Modernautställningen 2006, with contemporary Swedish art, has an ambition to work on a pedagogical level in order to increase more people to open their eyes for contemporary art. In the logic of information, every visitor is given a catalogue in 350 pages about the exhibition.

In this issue no.1 we will present an introductory text of 2006 Momentum; more statements will be given in the following issues of the Hedgehogger. Lars Vilks will present the theoretical framework for the art project The Hedgehog, based on the following quotation from Friedrich Schlegel: “A fragment ought to be entirely isolated from the surrounding world like a little work of art and complete in itself like a hedgehog”.

But remember: When he fears he is safe

2006 MOMENTUM – AN INTRODUCTION
– A curatorial statement I

Today’s artistic situation is highly complex, contradictory, and confusing. It is an environment few can make sense of. Despite the proliferation of large-scale, comprehensive, international exhibitions – biennials, triennials, and the like – that aspire to reveal trends and meaning, the current state of affairs seems more complicated than ever given the sheer number of working artists and the morass of seemingly conflicting styles, conceptions, and directions. Curators are often at sea as to how to approach the overwhelming task of providing a coherent overview. Frequently, they simply cherry-pick and assemble what is perceived to be the best art of the moment in the hopes that quality alone (however one may define it) will carry the day. This strategy is far more difficult than it might seem on the face of it, if for no other reason than an exhibition of works by a hundred or more artists selected with little or no structural framework will likely be seen as an inchoate mess. Other curators might select a concept or theme that seems emblematic of the moment and sort worthy art into various conceptual baskets. The danger here is a heavy-handed, overly predetermined methodology that precludes a full consideration of the art itself.
The two curators of the 2006 Momentum, Annette Kierulf and Mark Sladen, are themselves reflections of the contradictions and heterogeneity of the art world today. And though deeply embedded in the particularities of the Norwegian and British context, they are simultaneously active participants in an increasingly fluid, global art community. Both curators have organized exhibitions in a range of media, from film and video to architecture and performance, not to mention painting and sculpture. And, perhaps most important, both have worked extensively with artists on residencies, commissions, and exhibitions as well as through teaching. Their approach to the 2006 Momentum is neither simply descriptive, representing the quality of work being produced, nor proscriptive, as determined in advance by an organizing principle. Rather, their method lies at the intersection of these two methods. Through visits with and consideration of hundreds of artists, they took their cues from the art itself. This exhibition includes not only artists they perceive to be outstanding but also artists who reveal a particular perspicacity. And through consideration of their artworks certain coherences, patterns, and relationships became evident. The curators’ metaphor for the exhibition – “Try again, fail again, fail better” – was not premeditated but realized much later in the process, growing out of engrossment with, and in direct response to, exemplary works and intensive discussions with the artists. In other words, the exhibition is not merely a selection of important works, but important works that reveal overwhelming evidence of certain artistic responses to a broad range of aesthetic, social, political, and cultural phenomena.
The Momentum from its inception has fostered close relationships between curators and artists. Indeed, most of the early directors and curators of the Momentum were artists themselves. While there are certain scholarly exhibitions that require distance from the makers, others such as the Momentum not only benefit from this involvement but necessitate a direct and dialectical relationship with artists.
At least a passing reference needs to be made in these introductory remarks regarding the political environment from which these artworks emerge. America and England today is engaged in a tragic and distressing war that has taken thousands of lives. And though these events take place hundreds or even thousands of miles away, they are omnipresent through the media. However, for many Norwegians such events exist more as the crackle of background static than as a palpable presence, seeing that much of this country lives simultaneously in a bubble of prosperity and security. This schizophrenic situation gives rise to at least two realities that discomfortingly coexist: one of anxiety, exasperation, and despair; and another of exuberance, energy, and wishful thinking. These contradictions will be poignantly and disturbingly evidenced in the Momentum itself. How could it be otherwise? Accordingly, the curators have described the museum exhibition as a model for the exploration of the zeitgeist, “where not everything is understood, but everything is questioned” Such risk taking and honest examination are what distinguish the Momentum and the artists the curators have courageously selected.

More information regarding 2006 Momentum at:
http://www.momentum.no

THE HEDGEHOG HAS BEEN OUT OF FASHION FOR 200 YEARS. THE TIME HAS COME FOR ITS COMEBACK

“A fragment ought to be entirely isolated from the surrounding world like a little work of art and complete in itself like a hedgehog.”
– Friedrich Schlegel –

A SHORT STORY OF REMAKES HITTING THE FUTURE (Fritz, Caroline; a hedgehog)

F.S.: “There are many foxes around”
C.S-S.: “Well, you don’t know me, but I know you. And I’ve got a message to give to you:
Sky-blue sky. foxes are out tonight. let x=x. you know, I could write a book, and this book would be thick enough to stun a fox.”
F.S.: “Foxes as running hither and yon, taking actions that are unconnected by any guiding principle and that may even be at odds with one another. Hedgehogs, on the other hand, relate everything to a single central vision.”
The hedgehog cometh:
“I know only one thing and that is to aestheticize what comes in my way. I do not know why it should be important to do this. It could, I say, not be the end, it could not even be the beginning, but it is perhaps, the end of the beginning of representing the unrepresentable. Shall we try worse?”

HOW IT ALL BEGAN
– by Lars Vilks

”Romantic poetry is a progressive, universal poetry. Its regulation is not bare to combine all separate kinds of poetry again and to set the poetry with philosophy and Rhetorik in contact. It wants and is also poetry and prose, Genialitaet and criticism, art poetry and nature poetry soon to mix, soon merge; life and society makes poetry alive and informal [… ]. Poetry alone is infinite, how it is free and alone and recognizes as its first law that the arbitrariness of the poet does not suffer under a law itself.”
from Athenäeum-Fragment, 1798

According to this famous fragment 116 from “Athenaeum”, romantic poetry, for F. Schlegel is a “progressive Universalpoesie” (progressive universal poesy), that means not only unification of all forms of art until the present time [of Romanticism] but a manifestation of the all-encompassing principle of any form of life and experience.

Novalis writes in his fragments: “In giving a high spirit to the common, a mysterious outlook to the ordinary and to the well-known the dignity of the ignored; to the finiteness the appearance of eternity – in this way I can romanticize [“romantisieren”] it.

Why Schlegel is important can easily be explained. No Schlegel, no art, no art, no biennials; in every artist you will find a Schlegel.

Artist walking in the snow in Moss (Feb 06). In Norway is hiking a natural part of life. Thus, Ida Mathistad forced all visiting artists into a hard snow walk. Also curator Annette Kierulf made the walk, she is also from Norway. Curator Mark Sladen did not walk as he curated himself away from the walk and into a car. He is from London.

In the next issue: Curatorial Statement II

The National Museum of Art in Ladonia 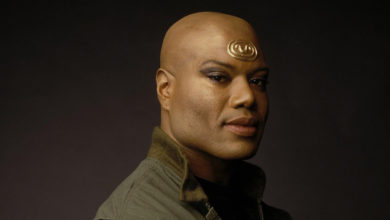