The Royal Ladonia Academy of Science has decided to select the entire staff of the Ladonia Scientific Advisory Committee, LSAC, and its chairman, the former professor and inventor of the famous “Schmetterling Dive Bomber” Karl-Heinz Mühde, as the winners of the 2007 Mobile Prize for their development of a nucleic bomb. The prize, the world’s most distinguished scientific award, comprizes a statue depicting the city of Mobile, AL. and a sum which, following the ancient rules made up by the great donor Alfred Mobile, is to be kept unnown.

The academy’s justification runs: ” In the quest for a higher European unification rings today the call of the scientist. The winners have adopted, in the true sense of this appeal, the task of strengthening our society by the nucleic bomb, which undoubtedly will prevent us from the peril of extraterrestrial influence. We, the Academy, congratulate the winners and rest assured that the invention will be a smash hit.”

The nucleic bomb could be explained as a further development of the nucular bomb. The nucleus contains of Happy-DNA wich, when spread over hostile areas, will make love instead of war.

Some words about Mr. Professor Mühde: Born 1901 in Hessen, Germany. Joined the party in 1906 following extended political awareness, fought at Flandern between 1915 to 1920 when he was captured by the French police. Extradited to Ladonia in 1996.

The Schmetterling Dive Bomber: An invention, or rather a new method, to penetrate a defence line by plunging through the opposition hypersonically waving the arms in a butterfly manner all the way into the net, while making a screaming noice. Mr. Mühde perfected this method while participating in the Reims Penitentiary Soccer Team. 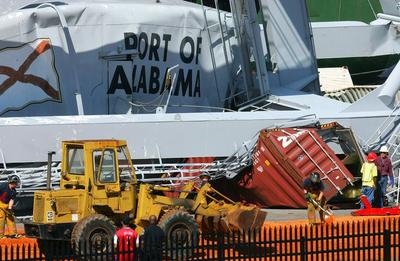 The photo is showing the statue before being shipped to the Ladonia Free Port.

Napoleon had in mind…