Minister Norbert is engaged in the Lakota Nation in the US:

“Today, Fox News Network announced that the Lakota Nation of seven tribes, has formally withdrawn from 30+ Treaties with the United States, thereby effectively restoring their status as a Nation State and not a domestic dependent nation. They have restored their original jurisdiction over their current territory (Reservations comprising 1,140 sq miles) and offered non tribal residents the opportunity to apply for citizenship status. They will beginning to issue their own passports and require visas and passports to enter their territory (inclusive of drive through). I support this as the land was theirs in the first place and is currently being exploited by the US government, whereas the Bureau of Land Management can acquire reservation lands, not ceded, for fifteen cents per acre, however can require purchasers of that same land to pay current market rate (averaging $1,500 per acre). In 2006 GW Bush authorized the purchase of the Shoshoni lands for fifteen cents per acre. I tried to purchase land in Shoshoni territory and it was $1,500 per acre thereby validating theft on the part of the United States Government. In consequence, over 30 million acres were stolen through subjugation and payment of $4.5 million was granted to the Shoshoni for this travesty. If the US Government was to have utilized its [equality statutes] the Shoshoni would have gained: $45 BILLION dollars… enough to provide for all the care and support for the Shoshoni, and bringing them from fourth world status to equality with New Yorkers! Essentially, there would be no need for services or funding from the United States…EVER if the United States treated them with the same respect that it treats common ordinary businesses in America such as the Insurance Industry, or Ford Motor Company.

And to this we can add that Ladonia supports the new nation. As a matter of fact almost all of this land was handed over to Ladonia jurisdiction when the peace between Ladonia and USA was settled in the beginning of 2006.

You can see this in the maps below. The first showing Lakota and the second one shows the green Ladonia controlled parts of US. 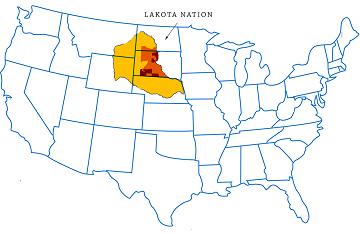 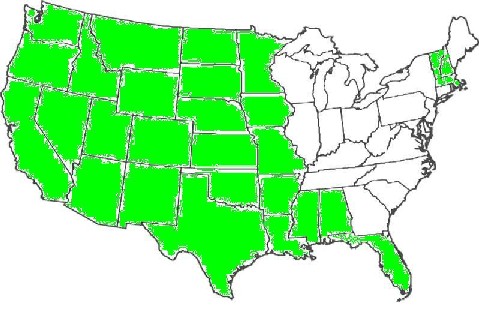 An attempt to revolution in Ladonia 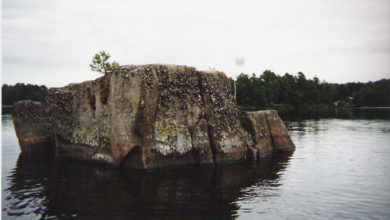