“Here is a popular summer sport in Hartmanburg. It’s
played on the stony slopes of Hartmanburg.
Known as “Rock Vaulting”.
The first one to make it to the top alive is declared
the winner of the competition.” 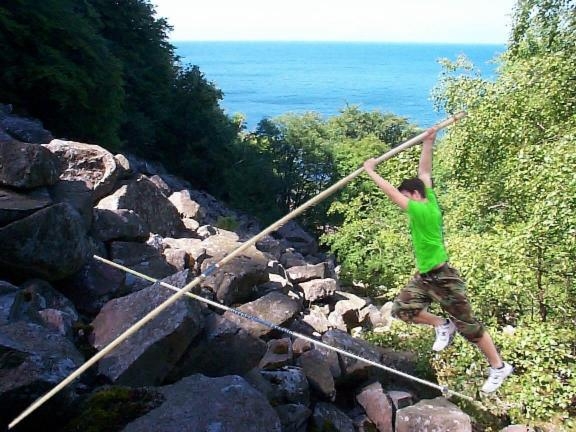 The rebels and the bell in Ladonia