It is of course extremely well known, Leonardo’s Mona Lisa hanging in the Louvre. But it seems that nobody, not even experts, has taken a closer look at the details. Some details, at least, one, has also escaped photos. Imagine how astonished our minister of future science, James Hartman, became when he met the unexpected in the background of the famous picture: 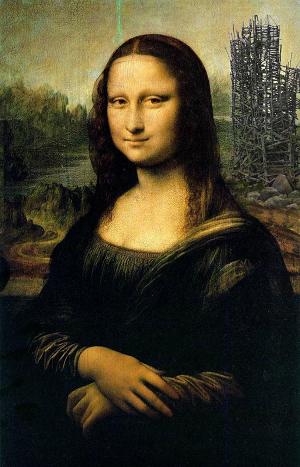 No doubt, that is Wotan’s tower a part of Nimis in Ladonia. Thus we can conclude that Nimis is at least as old as 500 years. And Wotan’s tower is still looking exactly the same. We have a sensation here.