Minister Norbert has informed us about how he made a new Ladonia stamp:

“I have had a number of drawings published on US Postage Stamps via ZAZZLE.COM

goto zazzle.com and search norbjohn to see them

I was informed that one of my stamps was inappropriate because it used the word “Patriots” in reference to my Grandfather, Father, Brother and his son, all who served in the military from WWI through Afghanistan. The wording on the stamp included: “One Century”,”One Family”,”One Army” It had a US Flag as the backdrop and again pictures of my family who served during a century of turmoil. It again was considered inappropriate.

However, it is appropriate to have a 90% nude woman with red, white, and blue (stars included) on her bikini, holding a flag, and standing in front of a US Flag, also included in her title “ti-Patriotic” She was obviously NOT in the Military… but I would be inticed to rejoin if there were more of her there! And this is APPROPTIATE.

See my answer to their “Truth in Stamps policy” I have presented the Ladonian.POST answer with the Truthful Image of the US President, it should be an honor to him because it is a truthful picture of how he views everyone who oppose his ideas of a peaceful world under his control.

1. isz-m is what is NOT appropriate on a US Stamp
2. Ladonia postage is my answer to their Stamp of Disapproval
3. ti-patriotic what the US POSTAGE Policy deemed as appropriate

You decide… again my stamps that were approved are located on zazzle.com search norbjohn 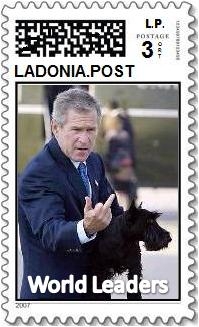 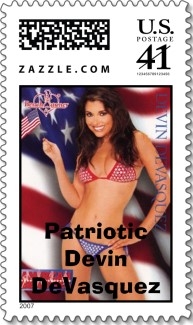 How to make a day