The Ladonia Cabinet is working on the Kosovo problem. It seems that most ministers in the government mean that we should not recognize Kosovo unless Kosovo recognizes Ladonia.

On the other hand it seems less and less interesting to recognize countries which are growing like mushrooms everywhere on the map. It could be enough with a few essential countries like Ladonia.

Also it could be important to derecognize countries: “We do not recognize you any more as a country. Thus you do not exist.”

While the debate goes on Minister of Future Science has been looking at the lunar eclips last night. From Indiana, US: 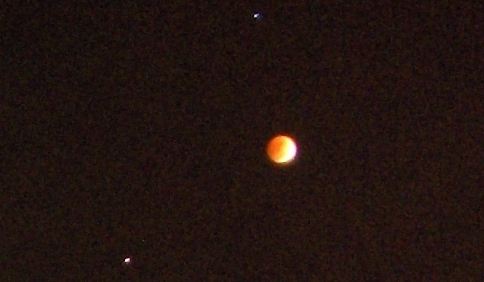 Cat is the solution