According to the legend of Ladonia prince Aeneas of Troy is the beginning of Ladonia. As is very well known he met with Queen Dido in Carthage. What has not been noticed is that Dido had a son with Aeneas. The child grew up in Carthage but when he had become old enough he travelled far north. When he came to the land of sunset (which means Scandinavia) he found the garden of the Hesperides with the three (or seven) nymphs. The golden apples in this garden were guarded by the dragon Ladon which he killed. He then took the name Ladon and became the first of many kings carrying this name. The garden of the Hesperides became a kingdom, the Land of Ladon, later Ladonia. Until this day you can still find the remains of the apple trees at various places in Ladonia. King Ladon proclaimed his country around the year 1 000 B.C. When Ladonia was founded the largest part of the country was an island close to the shore called Atlantis. The Ladonia flag was all green. It was much later and as a gesture to Christianity that a cross in the same colour was added.

It is therefore a symbolic performance that will take place in Ladonia when the first biennial will open on the 24th of April. Hector Bérlioz’ Les Troyens will be performed as a sublime beginning of this adventure of contemporary art. 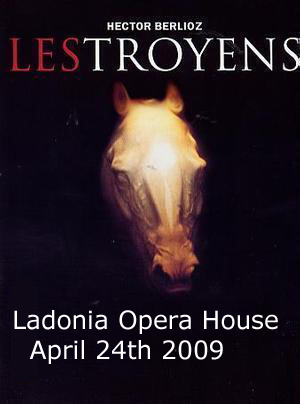 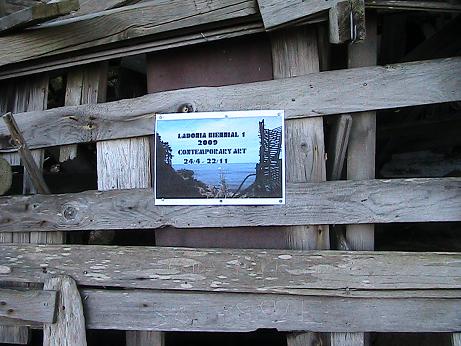 Poster for the Biennial 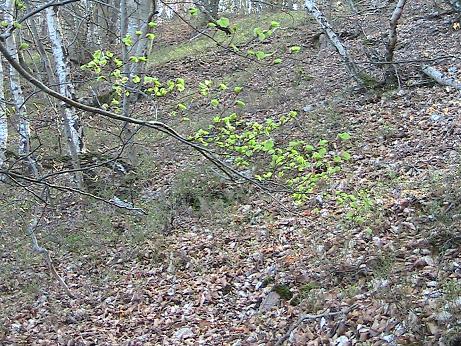 Beeches in Ladonia on the 20th of April

Christmas Day: Let there be light

Them Swedes on the 6th of June