In the Biennial the Italian artist Rosa Barba’s work is dealing with ”the lost island”, Rockyland Weather Island/Hallands Väderö. She has earlier made a project in Sweden, Outwardly from Earth’s Center, 2006, a fictional documentary about the island Gotska Sandön. At this occasion it is a real event, a floating island that once was the major part of Ladonia. When the island floated north it stranded near the (at that time Danish) coast, the peninsula of Bjäre. When this part of Denmark was conquered by the Swedes they occupied the island and expelled the Ladonian population. The Ladonians want their island to be given back from the Swedes. Rosa Barba’s project, The Incidental and the Interstitial, is showing several possibilities for pulling the island back in its original place. During the exhibition all visitors can participate in this work by pulling the ropes. 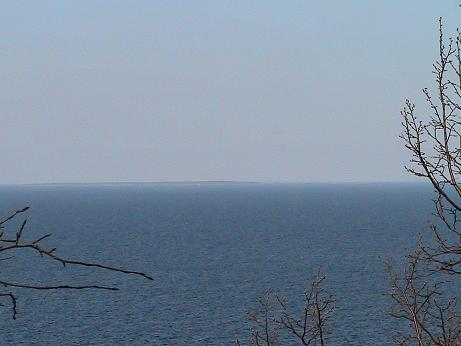 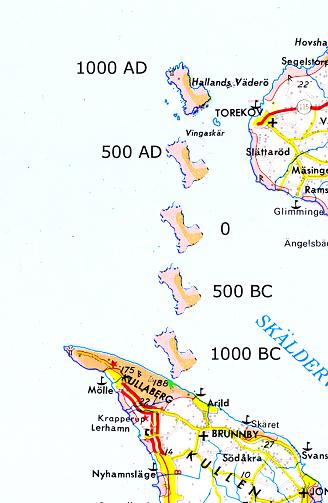 How Rockyland Weather Island has moved. 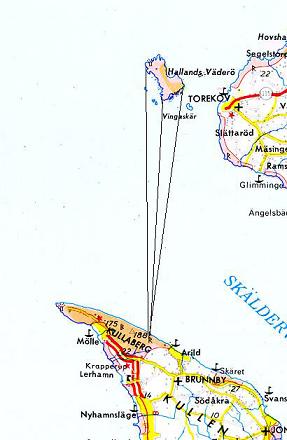 Method 1: Pulling it back with ropes 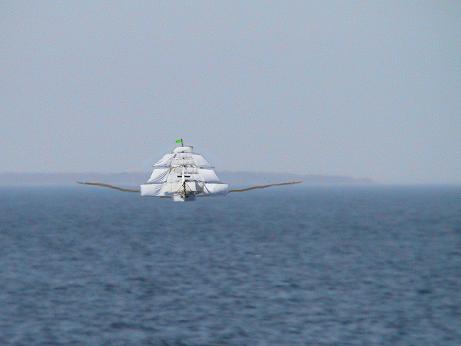 Method 2: Pulling it back with a sailing ship 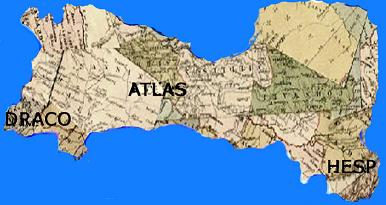 Old map of Rockyland Weather Island when the Ladonians still were living there.