The very strong storm that hit Ladonia yesterday has made some damage. Wotan’s Tower is now spread along the shore. The first version was destroyed 2000 after eleven years, and, thus, the second also after eleven years. One piece survived (and it is old, it also survived the damage in 2000). If you look closely at the picture you can see it. I kind of small wood chips that is the starting point of the upcoming 3rd version of Wotan’s Tower. 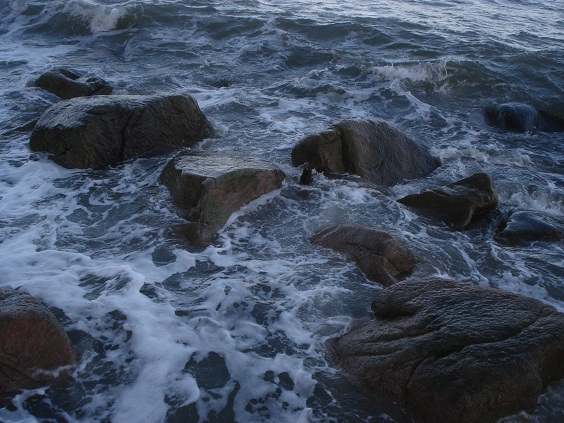 The surviving piece of Wotan’s Tower 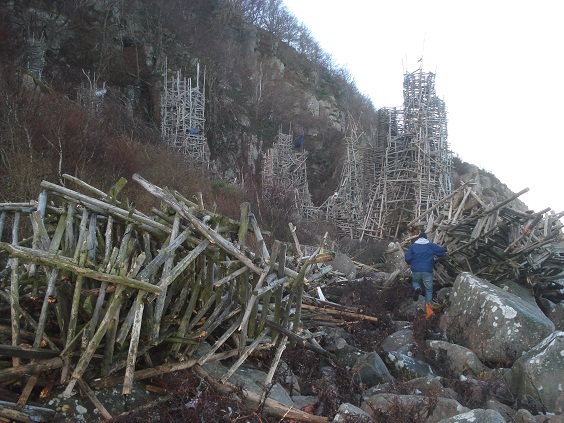 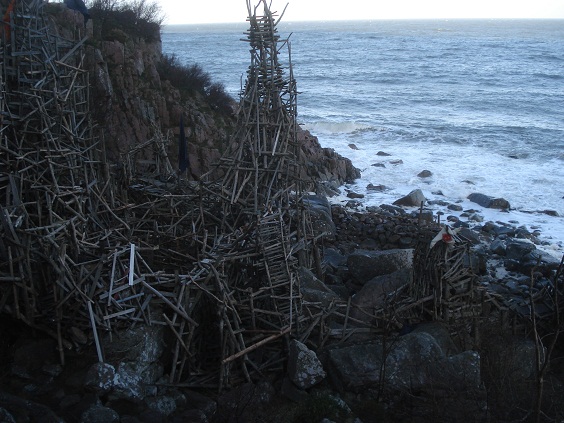 No damage in this part 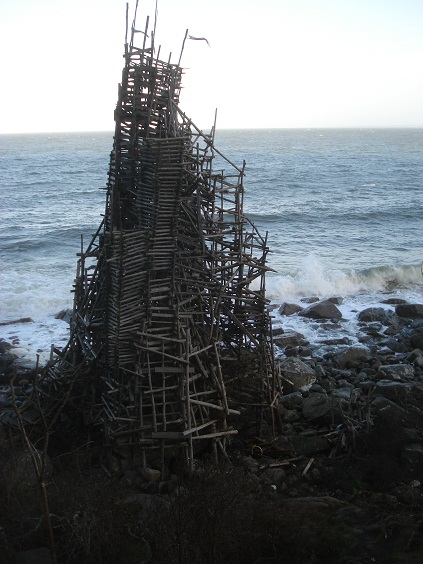 The Tower of the Winds survived