As Ladonia has lost its queen Ywonne I and temporarily brought Minisiter and Admiral Pedro as ruling represent of Ladonia as Pharaoh, the debate in the cabinet continues. Also lost is the Vice President. Minister Pierre was willing to hold this position until further, but has now informed the cabinet that he will step down. Several members of the cabinet have asked Minister Pierre to reconsider his decision. Cabinet still waiting for an answer.

Anyway the situation is serious as a reorganization of the Remony has to take place. This means that the Constitution has to be changed. Here is an extract from the official discussions taking place in the cabinet. Admiral and Minister Pedro, our new Pharaoh, has asked the cabinet to receive more titles.

And here is the discussion between the Pharaoh and Minister Luis which includes the beer agreement:

“First of all I would like to thank you for taking the time to make your points clear, I think that demonstrate your good will and your vision of a solution to all the problems involving Ladonia’s situation.

I also appreciate the fact that you understand my concerns regarding the mentioned situation, as I have read also previous mails stating that you are going too far on your actions. But please don’t get me wrong, I appreciate the solutions that you are trying to implement and for sure I support some of them, In my opinion as a Ladonian and not as a minister, it is a lot better to have a Pharaoh doing something than a queen sleeping somewhere, but Is my duty to take action as well, as I want the best for the nation, as you mentioned: “there was no choice than to step forward and start the process of protecting the nation”.

I also understand that the “Pharaoh state” is temporary, but if proposals for solutions are not presented, I guess is obvious that temporary can become for thousands or million of years. That is why my proposal involves a time frame. It is not my intention to support or unsupport your decision about becoming a pharaoh, I can not do that as a minister, and I already expressed my opinion as a Ladonian. My intentions are:

First: To make sure that the actual situation of Ladonia doesn’t get any worst, but that we all begin a process to clear the points in which we disagree regarding the future of the nation.

Second: To establish that it is not disrespectful to declare a missing queen “missing” and keep her in our memories, but take a step towards the future, choosing the next monarch, or forgetting about it, if that is what the cabinet decides. I am not saying that we will have a new king, in fact, the self proclaimed king step back some time ago (Please read previous mails). So if the place is vacant, is the cabinet by consent that will decide if monarchy will continue or not.

In fact Dear minister, if you take a closer look at the proposal, it states that attempts to find the queen must be made, but after 3 weeks, something needs to be done. What if the cabinet decides to make the pharaoh the new ruler of Ladonia? The proposal is open to many possibilities, which include some that are not against your command, specially if you have the support of many members of the cabinet.

But at the end, this is just a proposal and is exactly what I would like to hear from all members of the cabinet: Proposals for a solution in the shortest tume possible. If mine doesn’t get enough support, I am sure there will be one that most of the cabinet would agree with, I don’t really expect that the decisions of the cabinet would be unanimous regarding such an important matter, but I hope that the ones that are not totally agree understand the decision of the majority, and respect it.

The 3 weeks solution deals with too many “what if” unknown variables.

What our country needs is to deal with “what is”.

BTW did you know that Pharaoh were drinking only beer and never water?
The reason was the fermentation of beer killed the bacteria in the water and at the same time it was a save way to deal with grain overproduction, they transformed the grain into liquid bread, refreshing, nutritional and making people happy.

It is no exaggeration to say that beer was of central importance to ancient Egyptian society. Beer was enjoyed by both adults and children, was the staple drink of poor Egyptians but was also central to the diet of wealthy Egyptians. The gods were often made offerings of beer and beer was mentioned in the traditional offering formula. Wages were often paid in beer (and other supplies) and the workmen living in the workers village at Giza received beer three times a day as part of their rations.

Regarding the abdicating King and resigning Vice President. I believe the resignation is a mistake but I respect it, however as I said before, I have never invalidated his King-hood and have nothing against it.

Dear Adm. Pedro AKA Pedr-Aton
I totally must agree with you in the needs of the nation! with extreme simpathy for the beer! but I think we must include wine in that need! did you know that due to the same problem with bacteria, in “Noah’s Ark” (The fenice one, in which the story of the bible is based on)they drank only wine and nothing else? Bacteria and Alcohol doesn’t really like each other, and that is so good for us Humans and unhumans!

But coming back to the proposal: the 3 weeks have only one “What if”, that is Wehter the queen comes back or not! That’s it. The rest is in the hands of the cabinet, as it has been since I know… not so long ago by the way, but I suppose that it has been like that Ladonia was born.

About the king: my understanding is that he steps back from ruling Ladonia, not from being a king! That is something that I would say based on the way his mails are signed. But is as well, something that he must make clear! In fact, I would like to know the opinion of the rest of Ministers. By now, I have read only one opinion from Minister of Common sense, who agrees my proposal.

CHEERS! SALUD AND KIIPIS!!!!
Luis Tolentino
Minister of Complaints and Non Human rights
And fan of beer since 1986.” 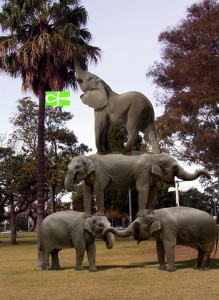 The pyramid of dwarf elephants and the controversial Pharaoh flag, all of this by Pharaoh Pedr-Aton 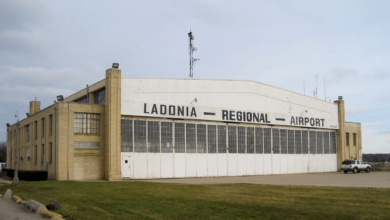 From a Financial Point of View