Wotan City, LADONIA — Giuseppe Tarnero has been appointed the new Ladonian Ambassador in San José, Costa Rica. At the announcement of his appointment, the Ambassador has released a copy of his application for ambassadorship:

Ladonia’s foundation, as an independent nation, is based on boundless freedom, indestructible art, magical creativity and exuberant nature.

Costa Rica, meaning Rich Coast in Spanish, is a very peaceful nation, so peaceful that it abolished its army and diverted the former defence budget towards enhancing its education, health systems and research on iguana intercourse. On that score a war could never be declared between Ladonia and Costa Rica, as no nation has an army. The possibility of hiring retired or dismissed Swiss Guards from the Vatican, to engage in an armed confrontation, is not contemplated in this document, although intelligence reports warn about the presence of Weapons of Mass Distraction, such as Clowns, Mezzo-Sopranos and Chippendale at the border.

Costa Rica is very respectful of its ecological wealth, has an exuberant tropical nature, as well a young and promising national soccer team, playing even football on infrequent occasions.

The two nations could only mutually benefit from closer ties on different sectors, such as art, nature, stamp collection, intergalactic travels, soccer matches or any future planned unpredictable meteor crashes.  Unfortunately as mutual diplomatic representations have not yet been established, such benefits cannot be fully exploited yet and I submit that time has come to create a Ladonia Embassy in Costa Rica.

The Ambassador will represent the interests of Ladonia in Costa Rica and communicate with Ladonia citizen visiting Costa Rica, providing them with touristic guidance and indicating, free of charge, where the last extra-terrestrial vessels landed and the known locations where the famous two headed dragon mammal, laid his eggs.

After a life dedicated to very hard work as an expatriate, where blood, sweat and tears have poured profusely on the soils of different continents, I now spend my well earned retirement as a permanent resident of Costa Rica, where I engage, among other activities, in Photography, Gastronomy, Wine Drinking, Whisky Tasting and Nature Contemplation. On my free time, being an experienced chemical engineer, I transform my wines and whiskies into high quality urine, through an exclusive, very elaborate, unique and patented metabolic process. It is a highly delicate and a time consuming prowess, but very rewarding, uplifting, fulfilling and particularly alleviating.

As it is a near certainty that, once diplomatic relationship had been established, the two nations will engage in the FIFA Soccer World Cup Final match, the newly appointed Ambassador agrees to perform the duties of the referee. To that effect, the Ambassador/Referee would use a specially designed flute, in lieu of the traditional vulgar whistle. National anthems would then be played by the Ambassador/Referee to mark either faults or goals of the respective teams, for the subtle delight of hooligans and other ferocious spectators.”

The embassy can be reached at giuseppe.tarnero@gov.ladonia.org 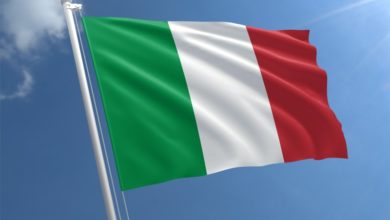 Greetings from Ladonia ambassador in Ladonia 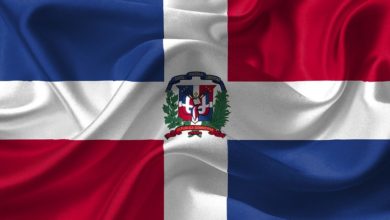