A day at the beach…

After the tragic accident last week that cost me a dear and close friend and us all our State Secretary in Ladonia, it was with mixed emotions I returned to Ladonia today for the first time after he is no longer among us. It is always a very nice feeling of going to Ladonia, but this time I also know that the creator of Nimis, Arx and Ladonia is never gonna be there again. I will never meet him again. We can never discuss Ladonian matters or work on Nimis together. The reason for the visit prompted me to go a bit earlier than expected. My plan was to go there last weekend, but I was too mentally and physical exhausted after a week of frantic tasks among others — lots of tasks of Ladonian matters, of course. My new plan was to go this coming Saturday. Yesterday evening, a phone call from Swedish national radio came in and they asked for a live interview on site by Nimis and I probably hesitated for 1-2 seconds and then said yes.

The radioman was very friendly and asked already in our first phone call if he could help carry some wood for me after I told him that I was bringing hammer and nails to do some maintenance since I was going there anyway. So, I ended up with a double batch of timber (driftwood)! Since the only ways of getting it to Nimis is to carry it over the mountain and down the (very) steep trails to Nimis at the Ladonian beach, it was good to have an extra set of hands. It actually isn’t that long a walk, perhaps 2 kilometers (1 mile or so), but it is steep indeed. So while carefully placing my feet down the path on the mountainside and getting help with the load made the hike both familiar and unusual at the same time.

The wind was rather strong and temperature was around 12 degrees C. The sky was blue and the air was clear and crisp. The sea was rolling in with big waves that crashed in over the stones and foamed in between the boulders along the shore. The interview went fine. It felt personal and cheerful for being a memorial. I managed to pull through it without sobbing, which was a first for the last week. It’s been lots of interviews these last 7-8 days and it’s not over yet… It is big news, Lars demise. Which makes the load both heavier and lighter at the same time. We are so many that share the loss. And also a lot of people asking questions.

Despite the windy October-day, I met several visitors when arriving and when I was down at Nimis several tourists came down to Ladonia during the day. There were French visitors, Swedish visitors, I met a man from nearby Höganäs that once had Lars as a teacher (!), I met a couple that had decided to drive down from Gothenburg over the day (which is a three hour drive one way). All in all, I saw more than 30 people and at one point a three-man group with climbing gear appeared.

After the radioman left, I started nailing boards for real. I stayed 3-4 hours just to take advantage of the day. I was swinging the hammer and huddled in the nooks of Nimis between my rounds to seek shelter from the winds. I was having a fika in a place by the landart-sculpture where the winds couldn’t reach me.

When I decided it was time to leave I took a last look along the stones and boulders scattered over the long open shore. I looked over at Arx a couple of hundred meters away and saw the three men that appeared in climbing gear earlier. They were running a zip-line up in the tree covered mountain side. I walked over closer to them to see what they were doing exactly. And it seemed like our prayers have been answered about a cable railway. Apparently the men were emergency service personnel doing a rescue drill. The lines up the hillside were running for 150 meters or so and it looked way to flimsy for me to try… (But it’s nice to know

that it’s possible, even for a temporary purpose). I choose to climb the steep trails instead, even if I regretted it after a short while later on achy leg muscles and being out of wind. The scenic views over the shrinking beach and big seas makes it worth it though. 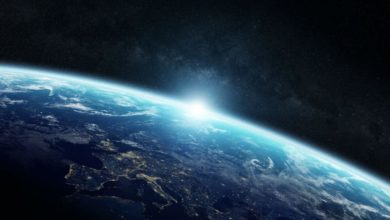