Minister and president candidate Norbert Johnson has presented the structure of academic degrees in Ladonia University:

Degrees awarded in special case upon petition or nomination

Those who are nominated as an award for extraordinary service or accomplishment. Self nominations are prohibited. As this is an Honor Award, no transcripts shall be generated.

A meeting of the Council for the consideration of names proposed for honorary degrees is held in secrecy. Attention is called to this meeting a week before by a notice at the College information center and by post to members of the Council who have requested notification. Upon proper petition, the Council will determine the conclusion of decision. As this petition is self generated, the Petitioner is required to provide adaquate documentation of education and volunteerism, as well as knowledge of the History and Culture of Ladonia. This involves the submission of a portfolio of peer-review that establishes a contribution to the academic field in question. The portfolio will be published in the Ladonia University Record as well as the Library. A letter of Attestment will accompany the award of the Diploma.

The Degrees which may be conferred honoris causa by the University of Edinburgh are:-

Subject to such regulations as may from time to time be made by the Board, with the approval of the Council, the Board may, at its discretion, at any time submit to the Council a grace for conferring a doctorate in divinity or laws, jure dignitatis, upon any graduate of the University who has been appointed to such public position as may seem to the Board sufficiently distinguished; provided always that every such grace must receive the approval of not less than two-thirds of the members of the Board present when it is proposed. After admission to the said degree jure dignitatis the person admitted is eligible for membership of the Council on fulfilling the prescribed conditions. Confered on an individual who has already achieved a comparable qualification at another university or by attaining an office requiring the appropriate level of scholarship. The petitioning process requires a portfolio outlining the details of educational attainment as well as experiential learning, and requirements of the Office held. A formal transcript will accompany the award.

Graduates of other legitimate Universities recognized by an appropriate accreditation board are eligible to petition for corresponding degrees of this University ad eundem gradum. The Board has ruled that only persons who either

(a) wish to register for a higher degree at this University, or

(b) are members of the academic staff will be considered, and that no degree will be awarded above the standing of Master of Arts.

Petitions are referred to the Board for consideration. They should be made to the Senior Proctor, to whom the necessary certificates of graduation must be submitted, with a College testimonial as to character, and a statement of the reasons why the degree is sought.

Candidates who have petitioned for a degree ad eundem may present themselves for the examination for a higher degree before the ad eundem degree has been conferred; and, if they are successful, the higher and lower degrees may be conferred at the same Commencements.

For the purpose of ascertaining the date at which a higher degree may be taken, candidates are presumed as having taken the lower degree ad eundem on the date at which they obtained the corresponding degree at their own university.

The graduate will receive a transcript listing all coursework accepted toward the ad eundem degree. There will be no grade marks listed as it is presumed the petitioner has qualified by virtue of the previous institutional award.

Students of the University may be allowed, although not presenting themselves personally at Commencements, to proceed to their degree upon the following conditions:

(b) the requirement as to fitness of character is also the same as that required for degrees conferred in person, i.e. that before passing any grace for a degree in absentia the Board shall require such evidence as it may deem necessary to secure that no unworthy candidate is presented to the Council;

(c) subject to the foregoing, the Board may, in special cases, pass a grace for a degree in absentia (i) 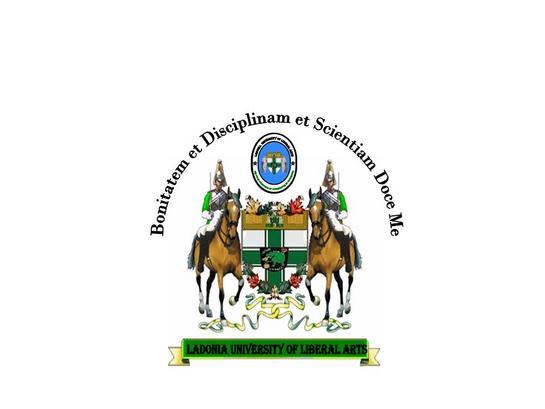 Supporting the Tower of the Winds

The Day of Ladonia Citizens