According to our minister Taru in Korea the party “Arty Party” is supporting the team Dani and Sir Phil who is running for president and vice president in Ladonia. The party was started by the Minister of Art & Jump but seems to have been left with no further activites from its administration. But apparently it has spread all over the world. Taru writes:

“The party supporting your presidental campaign is already having a strong standing here in Korea. See the picture taken at today’s antiwar rally. 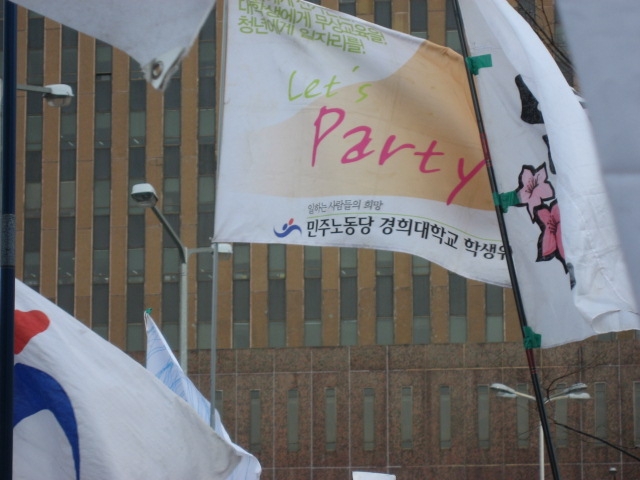 Mussu Campaign for not president