A report from Minister James Hartman:

“The Ministry of Future Science has just discovered more than just eggs will stand on end during equinox.

Just as the Mars map used by NASA looks like a potato. So does the revelation of standing a top heavy potato.

The well known stand egg experiment of the past and again this time during autumnal equinox 2009 shall stand along side a top heavy potato.” 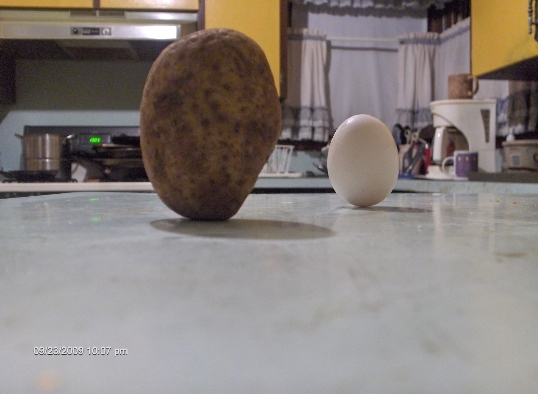 Ladonia – For Thee I Fling

Minister of Art in Canada