We are still waiting for Queen Carolyn to arrange the election. A queen is a queen and there is nothing we can do until she decides to go into action.

One of our candidates, Christopher Matheoss, is here explaining his program:

“To answer the questions of Ladonien, I explain the
program of Party Monarchical Republic:

-> We shall not accept religion, ethnic or racial distinction, we shall
eliminate this phenomenon which divided the people today. The man has to
believe in him.

->We shall establish stable borders. We shall stop(arrest) the stupid war to
declare in Sweden which lasts for some time to support the independence of
Ladonia. We shall favor the dialogue, we shall develop Ladonia. We have to
establish thus an irreproachable geography.

->The fight of Independence will continue, indeed I begin at present
discussions with two countries. Sweden has to see in Ladonia, an opportunity
for the tourism of the zone of Kullaberg.

-> We shall stop the side folklore! We shall form the base of a Micro-state.
We shall dream a part of reality.

->The founder of our Republic: Lars Vilks will be thanked for its works. The
1st festival of the Art and the Culture will see the current day 2013-2014 to
Ladonia.

->We wish to make closer the people in exile of Ladonia by means of the
creation of the club of football, dance, music etc. to represent the colors of
our nation in countries.

-> The citizenship has to become stable, we wish to return the population
closer to her people at the political level, social and economic.

->We shall develop an economy! The change Ladonienne Ortug will be revalued
and will be used during certain events, the Swedish krona remains the official
currency of Ladonia. The economy will be born thanks to the beginning of
development of a patriotic shop, then by the creation of market in the country,
concerts. We also have to receive investments.

-> Ecological? Yes, our politics is ecological. We shall watch to protect
the natural zone of Kullaberg while developing our nation. At present I am in
negotiation, and the first houses will be born between 2013 and 2014. It will
thus be possible thanks to our political party to stay to Ladonia.

-> We shall develop the media by respecting citizen’s rights soon
established. The media could be a creative source of jobs.

->The government will have to be close to every citizen and to listen to
these proposals. The Royal family is one of the symbolic symbols of our
republic.

-> Institutions will be born to establish a political, social and economic
stability. 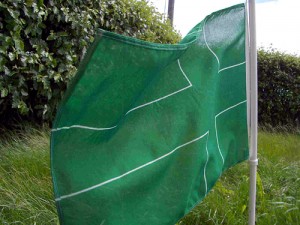 The result of the election

Election, a statement from Count Wrigley