Minister of Finance has taken action against Minister of Art & Jump who has proclaimed himself new president. But he is still supported by several other ministers.

“This Ministry is officially dismayed by the naked power grab displayed
by certain ministers as a result of the resignation of the President.

To stage a coup under these flimsy pretexts and in this blatant manner
is totally unacceptable. To be designated “acting President” on the
other hand is perfectly fine, but one cannot designate themselves as
acting president, it has to be by consensus.

Consequently, the Ministry of Finance, with the goal of restoring
orderly and legal governance to Ladonia, has decided, effective
immediately, to stop paying the power, heat and water bills for the
Ladonian Presidential Palace until such time as a legal care-taker
President is selected and takes office. The telephone bill and internet
access bills will also not be paid. There will be no fuel allowance for
Presidential vehicles, and their insurance and license plates will be
suspended. The Palace Guard is hereby placed on unpaid leave and
instructed to go home and stay warm, don’t call us, we’ll call you.

This Minister is of the impression that the weather in Ladonia right now
is thoroughly cold, the days are short and the nights are dark. If this
usurper of the Ladonian government wishes to silently shiver, alone, in
the dark, in the cold, unheated, unlighted, drafty stone presidential
palace (and with no working bathrooms) until he comes to his senses, so
be it. The power, heat, water and communications are staying off until
such time as proper, orderly government is restored.

The Ladonian Treasury and the National Checkbook have spoken.

Ladonia seems to be politically instable. Minister of Madness has brought out a press release:

“On behalf of the Ministry of Madness, which exists in a self-imposed observational withdrawal, I find it satisfying indeed that the Ladonian administration now has submitted totally to the spheres under Our protection. It was a question of time.
I therefore find it proper, at last, to demand the title of EMPRESS of All Mad Administrations, of Ladonia and elsewhere. I will arrange a magnificent coronation on Ladonia´s Day of Half Madness, on solstice day Dec. 21. 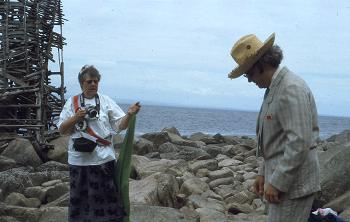 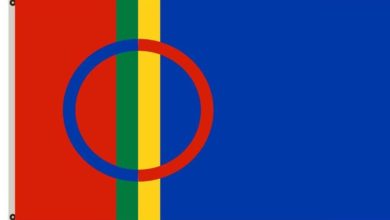