A found specimen of Homo Eroticus.

“As well, As I consider myself an “Homos Eroticus”, I was also seeking for evidence of the origins of my species. and I was able to collect evidence that some some individuals of the same specie still remain in the wild, and also seem to have adapted very well to the presence of other species, such as the sapiens. I had the chance to observe for a while this interaction, noticing a very unusual reaction from females of the “sapiens” specially, and some other males as well, which wanted to interact with the eroticus.”

The Minister is here trying to perform the Ladonia Anthem. However it is not likely that he in this jump will hit water. But the intention is certainly convincing. 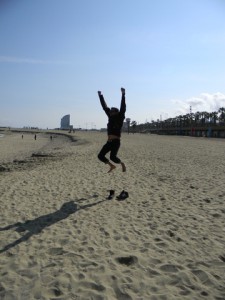 Against the Greenhouse effect

Fly me to the stars