On the 3rd of October 2021, the news reached us that our Founder and State Secretary, Lars Vilks, had been tragically killed in a car accident just outside Markaryd, in the south of Sweden.

“This is not only a great loss to Ladonia, but to the world. Lars was a tireless fighter for freedom of speech and expression, and the battle to preserve those freedoms is far from over. We have lost a great asset in that fight,” said the Queen in an earlier statement.

So now we lower our heads and look to the ground, pick up a stone and throw it into the water. The impact of the rock on the water shows the burst of our emotions when we heard the news. The waves and ripples represent the mourning and processing of the thoughts in our head afterwards.

A week of mourning has been declared starting from the 4th of October and ending on the 11th. All flags will hang half-staff. All work will be suspended for this week.

From the Queen of Ladonia:

Lars never put himself forth as an “important man”, but just as someone who knew a lot about art and cared deeply about protecting the ability to make art because it has an important role in society — to provoke thought and conversation about all manner of subjects. Everything is open to discussion (and therefore criticism) and it is through critical discussion and thinking that we (as a society) improve. But again, if you didn’t know about the trouble and drama, you wouldn’t have known at all, because he was funny and kind and unassuming.

I have so many stories and good memories it would take up too much space. It was Lars who laughed with joy as I excitedly pointed to silverware at dinner and tried to say the names of things in Swedish, and it was he who literally placed the crown on my head, and there have been so many incredible, memorable adventures because of that moment. I am already afraid I cannot write a tribute here that will do him justice, other to say he was not given justice in this life. I wish he had been able to live freely with his love (and for her and her loss, my heart is truly broken) and to continue all of his works, including Nimis and Ladonia.

You were taken from us much too soon, Lars. We will continue and we will make you proud.

From the Prime Minister of Ladonia:

We meet so many people in life. Sometimes it’s just a moment, sometimes life’s paths cross or we walk together for a while. It would probably be unbearable if one could remember all the encounters and it is good to be able to forget. But there are encounters that stay in our memory and such a moment came on a beautiful summer day in Ladonia. I was able to feel your strength and enthusiasm and how you could sweep the people around you with your words about art and life. There was a seriousness, a deep belief what your ideas, but also a melancholy that made a great impression on me. But I also saw the other Lars, who reminded me of a child. A child who can create a whole world with his imagination and, like a boy, had fun watching a man in a suit jump into the Baltic Sea. A moment of happiness, guarded by heavily armed police officers, who warn us that this happiness is precious and must be defended. We need people like you with whom we can walk together on the path of life. People like you who inspire us and who stand up for our freedom with words and deeds. You paid a great price and I won’t forget that. I’ll never forget you. And my memory of you should be the smile when your friend Frederick jumped into the water.

Thank you, Lars for letting me go part of our way together. Take care.

A moment of happiness, guarded by heavily armed police officers, who warn us that this happiness is precious and must be defended.

From the Minister of Foreign Affairs:

After I became a citizen in 2016, I’ve been frequently mailing with Lars. And that frequency increased when I became an ambassador, and later on as MFA. Discussing Ladonian and private matters. I feel blessed that I’ve been able to work with him this closely. He was a man with a great vision and look upon the world around him. We admired each other’s work and it was only a matter of time before we would be able to meet each other in real life at Ladonia. Now I know I will feel his spirit in every nail, piece of wood and stone that he touched in Ladonia when I visit.

Lars , we lower our heads, in sadness, today. All Ladonia is in mourning at your all-too-soon leaving this upside down, bizarre world. Your vision, creativity, and passion for life had more impact on lives than you may have ever truly realized. Yet we celebrate your life, and what each of us has gained, thanks to you. Ladonia, after all, is as much, or more, about internal humanity, emotional and psychological joy, freedom and shared ideals. As Ambassador at Large of our great Ladonia, I hold a glass high in the air, and toast your legacy.

It is with a deep sadness to learn Lars Vilks, one of my favourite conceptual artists, an interesting and controversial character, died. He will rest in my mind as a courageous person who didn’t fear to stand up for a freedom of art who shall be followed. Cześć jego pamięci.

There were so many tributes that could have been included here, we apologize for not being able to include them all. 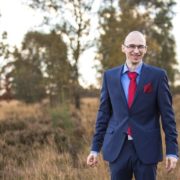 If you need me you’ll know where to find me. Either through a door that’s shaped like a pumpkin or a through a rabbit hole. I’ll be the one wearing a hat or none at all. What is this? A tea party or a snow fight? To laugh at yourself is to love yourself. Mr. Bean is the best example for being yourself. Dullness is a disease. Logic will get you from A to B. Imagination will take you everywhere. Be yourself, everyone else is already taken. I am under no obligation to make sense to you! Only if you decide to stop fighting, it ends. Wear Sunscreen.